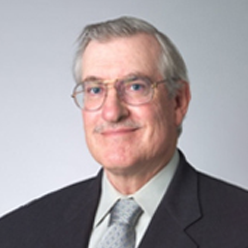 Douglas P. Boyd is chief executive officer of TeleSecurity Sciences, Inc., a company that develops new infrastructure and networking software intended to greatly improve the capabilities of current and future generation explosive-detection airport scanners by providing advanced visualization tools and leading networking technology for the security industry. Boyd is an internationally recognized computed tomography (CT) expert in both medical and security fields. He has pioneered the development of fan-beam CT technology, Xenon detector arrays, and electron beam tomography (EBT) scanners. He is the founder, chairman, and CEO of Imatron, the producer of EBT scanners, which was acquired by GE Healthcare. He is also a founding member of InVision Technologies, a developer of airport explosive detection systems, and the managing director of Imaging Technology Ventures, Inc. He is on the boards of Imaging Technology Group, TechniScan, BSD Medical Corporation, and HealthAddress. Boyd is also an adjunct professor of radiology at the University of California, San Francisco, and has authored more than 100 scientific papers. He is a frequent invited speaker at universities and symposiums. Boyd holds 13 U.S. patents and several others are pending.