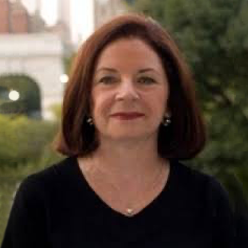 Elizabeth M. Norman conducted landmark studies on the experiences of Vietnam War-era nurses and published her findings in her first book, Women at War (1990), which stands today as a classic in its field. This seminal work sparked a vast array of additional studies and helped generate an unprecedented body of knowledge on nurses and combat. Her second book, We Band of Angels (2000), tells the story of the American nurses, captured by the Japanese in World War II, who endured years of captivity and deprivation as prisoners of war in the Philippines. The New York Times Book Review calls it a “grippingly told” story of “power and relevance.” The book continues to enjoy extraordinary international success and helped establish Norman’s research as the “gold standard” to which other works in her field are compared. Her efforts have illuminated the glory and the tragedy of wartime military nursing and inspired many courageous young men and women to enter this exceptional profession. Norman is a professor at New York University’s Steinhardt School of Culture, Education, and Human Development.