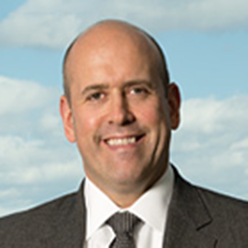 Harvey M. Schwartz LC’87 is chief financial officer of Goldman Sachs, a leading global investment banking, securities, and investment management firm. A leader in the finance industry for more than 25 years, he is also a dedicated supporter of undergraduate education at Rutgers.

Prior to his appointment as chief financial officer in January 2013, he served as managing director, partner, and co-head of the global securities division at Goldman Sachs and as a member of the firm’s executive committee. After graduating from Rutgers in 1987 with a bachelor of arts degree in economics, he began work as a trader at J.B. Hanauer & Co. He went on to work at First Interregional Equity Corp. and Citicorp before joining Goldman Sachs.  He earned his executive master of business administration degree from Columbia University in 1996.

Schwartz received financial aid from Rutgers to complete his bachelor’s degree and dedicates his time and financial support to help support current students in their academic endeavors.  Among his many philanthropic efforts, he endowed a $1 million scholarship through Goldman Gives to annually pay tuition and fees for four full-time School of Arts and Sciences undergraduate students. Since the scholarship’s creation in 2010, 25 students have been recipients of aid.

Schwartz sits on the Rutgers University Board of Overseers and the School of Arts and Sciences Dean’s Advisory Council. He also serves as chair of the Wall Street Leadership Committee, in which he has been a vigorous advocate of student mentoring and recruiting efforts through the Rutgers on Wall Street Initiative. He has championed an effort to provide financial support to students pursuing a career in the finance sector and helps to connect students with alumni executives.