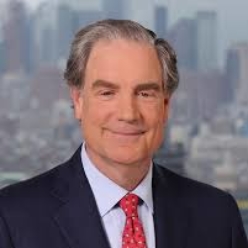 Vice Chairman and Head of the Investment Solutions Group, Bank of America
Newark College of Arts and Science 1977
Hall of Distinguished Alumni Class of
2019

Keith Banks is Vice Chairman of Bank of America and head of its Investment Solutions Group, overseeing the company’s Chief Investment Office, its Alternative Investments, Specialty Asset Management and Capital Markets as well as the products and platforms supporting Merrill, Bank of America Private Bank, and Retirement & Personal Wealth Solutions. He is also a member of the Rutgers University Board of Governors, a longtime Rutgers supporter, and a champion of many civic and philanthropic causes.

Banks graduated Phi Beta Kappa from Rutgers University–Newark with high honors, earning a bachelor’s degree in economics, followed by an MBA in finance from Columbia Business School. He began his investment career as an equity analyst at Home Insurance in 1981. From 1984 to 2000, he held key positions at JP Morgan Investment Management including portfolio manager and equity research analyst for the chemical and textile industries, global head of equity research, and Managing Director and Head of U.S. Equity.

A Chartered Financial Analyst, Banks is also a board member of the Bank of America Charitable Foundation and serves on Bank of America’s Chief Executive Officer’s Management Committee, as well as the Environmental, Social, and Governance Committee. Previously, he was a member of the Global Diversity & Inclusion Council.

In addition to his steadfast support for Rutgers, Banks sits on the Hackensack Meridian Health Board of Trustees, the Board of Advisors of Columbia University Medical Center, the Columbia Business School Board of Overseers, and the Board of Directors of Lincoln Center in New York City. In 2014, more than 350 business and community leaders celebrated his contributions to Lincoln Center at its Performing Arts Spring Gala.