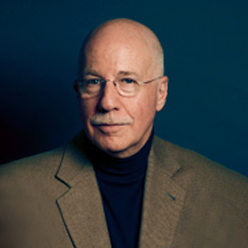 Mark Angelson, currently the Chairman of NewPage Corporation, served as the Deputy Mayor of the City of Chicago and Chairman of the Mayor’s Economic, Budgetary and Business Development Council until September 4, 2012. Angelson was credited by Mayor Emanuel with facilitating the creation of tens of thousand of jobs for Chicagoans, streamlining the City budget and launching the largest municipal employees’ Wellness Program in the country, among many other achievements. From 1996-2010, as Chairman and/or CEO of a variety of public companies, including RR Donnelley (Chicago), Moore Corporation (Toronto), Moore Wallace (NYC) and WorldColor Press (Montreal), and as a private investor, he was a leader of the transformation and consolidation of the printing industry. The work of Angelson and his colleagues culminated in the creation of the two largest publicly owned printing companies in the world, employing an aggregate of nearly 100,000 people, and in the creation of billions of dollars in value for equity and debt investors. Angelson began his career in 1975 as a lawyer with Sullivan & Cromwell. From 1982 through 1995, he practiced with Sidley & Austin, serving as Co-Chair of International Operations and resident managing partner of the law firm’s offices in Singapore, New York and London and leading the development of notably successful practices in each of those cities. He served as Chairman of MidOcean Partners, a New York and London-based investment firm 2007-2009. Angelson serves as a Trustee and Treasurer of the Institute of International Education (IIE) and as Chairman of IIE’s Scholar Rescue Fund (SRF) and of SRF’s Scholar Selection Committee. Angelson is a trustee of Northwestern University, a member of Northwestern’s investment committee, and a teacher of mergers and acquisitions at Northwestern’s JW Kellogg School of Management. He is a member of the Council on Foreign Relations, the Economic Club of New York, the Chicago Club, and of the Pilgrims (London and NYC), and is a Fellow of the Royal Society for the Encouragement of Arts, Manufactures & Commerce. Angelson graduated from Rutgers College, where he was elected to Phi Beta Kappa, and Rutgers School of Law-Newark. He is qualified as a lawyer (non-practicing) in New York, England and Wales. In 2005, Angelson and RR Donnelley received the Harold H. Hines Award from the United Negro College Fund. In 2006, he was awarded an honorary Doctorate of Laws by the John Marshall Law School.