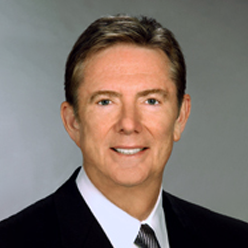 Richard “Dick” H. Askin was the second-longest-serving chairman and CEO of the Academy of Television Arts & Sciences, the honorary organization responsible for the Primetime Emmy Awards. While in office, he strengthened the academy’s service to its members as well as to the public at large. He attained international recognition for the Emmy brand; led a comprehensive review of the televised Primetime Emmy telecast that resulted in a more diverse slate of nominated shows and individuals; and created and executed a number of forward-thinking initiatives, including the realm of digital media, that will benefit the academy for years to come. Askin continues to serve on the academy’s Executive Committee, promoting educational outreach programs through the Academy Foundation and encouraging diversity within the television industry. In addition to his role at the academy, Askin’s combined business acumen and creative instincts advanced his career as a prominent television executive and manager. For 10 years, he was president and CEO of Tribune Entertainment Company, which he helped build into a profitable and robust operation. Askin is also credited with creating the very successful action-hour format for syndicated television.