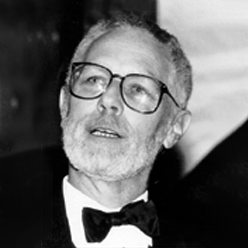 Richard L. Aregood’s foray into journalism began as a Rutgers student, when he worked as editor, reporter, photographer, and makeup man for the Dix McGuire Mirror, a small and now defunct weekly that served southern New Jersey’s military bases. He also drove the circulation truck on Thursdays. In 1965, he became a reporter and night city editor at the Burlington County Times and moonlighted as a stringer for United Press International, Philadelphia Daily News, New York World Telegram, New York Journal American, and, as he modestly put it, “anybody else outside Burlington County whose checks were good.” In 1966, he joined staff at the Philadelphia Daily News, where he was a police reporter, rewrite man, political reporter, day city editor, features editor, editor of the late edition, copy editor, news editor, and rock music critic before becoming chief editorial writer in 1975. He won the Pulitzer Prize in 1985 for editorial writing and is a threetime winner of the Distinguished Writing Award of the American Society of Newspaper Editors.