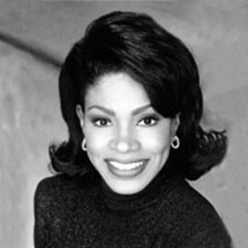 Sheryl Lee Ralph entered Rutgers as a pre-med student, but swiftly changed her major to English literature and theater arts after she encountered her first cadaver. She found her true calling when she landed the lead in a campus play. Ralph was a “quick study” and completed her degree requirements in only three years. She graduated near the top of her class at age 19, Rutgers’ youngest female graduate at that time. Glamour magazine, recognizing Ralph’s star quality, named her one of the top 10 college women in America. On Broadway, she originated the role of Deena Jones in the musical Dreamgirls, which earned her a Tony award nomination and a Drama Desk Award nomination for best actress. She returned to Broadway in spring 2002, originating the role of sassy chanteuse Muzzy Van Hossmere in the musical Thoroughly Modern Millie, which won six Tony awards. Ralph’s television and film credits include roles in It’s a Living, Designing Women, Moesha, Sister Act II with Whoopi Goldberg, The Mighty Quinn with Denzel Washington, and Mistress with Robert De Niro. Ralph is also founder of the Diva Foundation, a not-for-profit organization that uses music and entertainment as a vehicle to create awareness of and erase the stigma attached to HIV/AIDS.