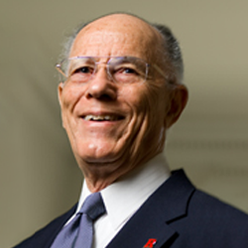 The first black man to graduate from Rutgers’ College of Engineering in 1943, Walter G. Alexander was a scholar, a pioneer, and a leader. An excellent student, he graduated seventh in his engineering class and was a member of Tau Beta Pi, the Engineering Honor Society. He also participated in track and field as well as cross country. After completing his Rutgers education in mechanical engineering, he trained in the military and was commissioned as a second lieutenant Tuskegee Airman in June 1945. The Tuskegee Airmen were dedicated, determined young men who enlisted to become America’s first black military airmen, at a time when many people thought that black men lacked intelligence, skill, courage, and patriotism. After World War II, there were few opportunities for black engineers, so Alexander reinvented himself at Howard University, earning a degree in dentistry. He later became the first black man to be appointed to New Jersey’s State Board of Dentistry in 1972. Alexander retired in 2007, having practiced dentistry for more than 50 years in South Orange.