A Leader Who Personified Public Service

Rooted firmly in New Jersey and concluding on the global stage, the career of William J. Hughes exemplifies both selfless public service and the impact that Rutgers has made, and continues to make, on the world. Hughes passed away on October 30 at the age of 87, leaving a rich legacy that spans the spheres of law, politics, environmental stewardship, and international diplomacy. 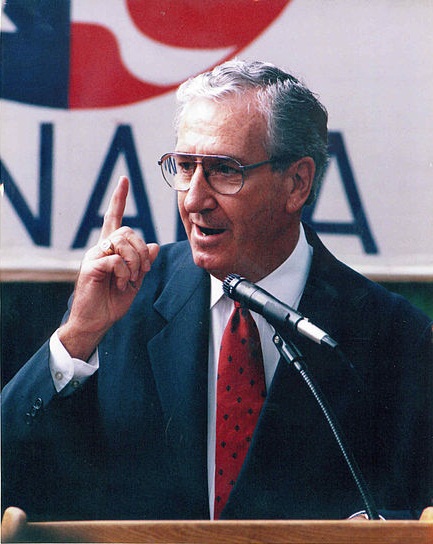 Hughes RC’55, CLAW’58, was born in Salem, New Jersey, in 1932. After majoring in political science at Rutgers College and earning his law degree from Rutgers University–Camden, he practiced law in Ocean City before entering public service as assistant prosecutor for Cape May County. Severe pollution at the Jersey Shore triggered Hughes’ desire to protect the state’s natural beauty, and he decided to run for office.

Elected to the U.S. House of Representatives in 1974, he took on a wide range of issues over a two-decade career in Congress and achieved numerous legislative victories. He pushed for measures that banned ocean sewage dumping, preserved the New Jersey Pinelands, and prevented the construction of marine-based nuclear power plants. As chair of the Subcommittee on Crime, he helped enact numerous anti-crime bills, including a ban on fully automatic firearms. The William J. Hughes Technical Center in Egg Harbor Township is so named because of his determination to keep the facility in south Jersey and shepherd its development into a leading air transportation laboratory.

Retiring from Congress in 1995, Hughes was appointed ambassador to Panama by President Bill Clinton and held the post for three years. Hughes took on the role at a critical moment in U.S.-Panama relations, working diligently to ensure a smooth turnover of the Panama Canal to the Central American country.

In 1991, Rutgers president Francis Lawrence awarded Hughes the Rutgers Presidential Citation for “consistent interest in the public welfare.” In 1997, Hughes was inducted into the Rutgers Hall of Distinguished Alumni, which honors Rutgers graduates whose lives and careers have improved our world and amplified the university’s impact on society.

Preceded in death by his wife of 61 years, Nancy L. Hughes (nee Gibson), Hughes is survived by their four children and several grandchildren. Rutgers University Libraries maintains an archive of Hughes’ congressional papers.