An Inspiration to Others

Of all the memories Adebunmi Gbadebo cherishes of her mother, one of her fondest is from a class they took together at the Newark Museum of Art. “I must have been 3 or 4,” says Gbadebo, “but it’s very vivid in my head. There was a project where we made clay animals, and my mom sculpted this really beautiful family of elephants.”

It was one of many experiences in which creativity deepened the bond between mother and daughter. Gbadebo believes her mother, Brenda Ravenell, created the animal figures not for amusement or simple decoration, but as a means of inspiring her. “I think she was trying to push me to keep developing,” says Gbadebo, who is now a respected professional artist.

Ravenell NLAW’84 was, indeed, an inspiration to her daughter and to many others—from her childhood and student years to her decades-long legal career to her later struggles against severe health challenges. She passed away April 4 in Rockville Centre, New York, after battling diabetes and, subsequently, COVID-19. She was 64 years old. 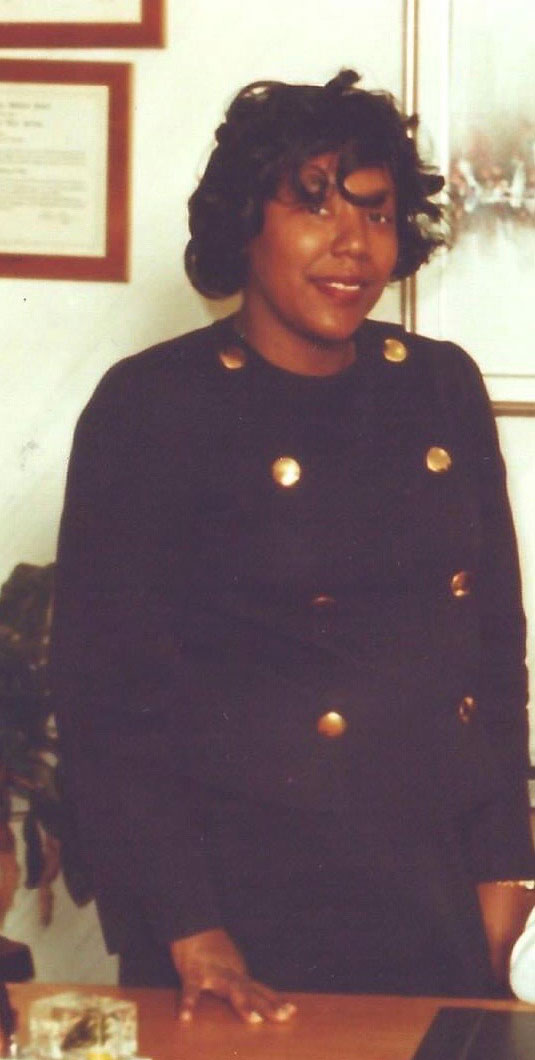 Born in Limestone, Maine, and growing up largely in Brooklyn, Ravenell demonstrated a lifelong passion for learning, teaching, and helping others. “She loved reading,” says her sister, Daneen Cooper, a retired engineer and youth track coach. “I was more the athletic type, while she was the ‘leave me alone, I’ll go to my room and read’ type. And if I bothered her to play, she’d go sit in the closet with a flashlight.”

Even so, the sisters were “extremely close,” says Cooper. She says that because their father served in the Air Force, “we moved around a lot. We always made new friends, but we always had each other.” Their brother, Derek, was born several years later. When their father retired, the family settled on Long Island.

Ravenell was her high school class valedictorian and was offered early admission at Princeton. Ultimately, she chose to attend New York University, earning a bachelor’s degree in political science in 1976, with a minor in Spanish. She worked in the insurance industry while saving money to attend Rutgers Law School in Newark, graduating in 1984.

“She very much enjoyed her time at Rutgers,” says Cooper, recalling the excitement with which Ravenell would describe her courses and other learning opportunities. Among those was a group trip through China, with visits to several different law schools. “That was a phenomenal experience for her,” says Cooper.

Ravenell’s first job after law school was with Legal Services of New Jersey in Newark. “She wanted to give back and help people who couldn’t help themselves,” says Cooper. “And that had everything to do with her experience at Rutgers.”

Following her position with Legal Services, Ravenell joined a law firm owned and operated by Beverly Giscombe in East Orange, New Jersey, becoming a partner in 2002. Giscombe says that Ravenell became “like family to me.” Describing her partner’s approach to work, Giscombe says that “Brenda taught Sunday School and she practiced law in a manner consistent with her teaching. She treated people kindly, exhibiting great patience and taking time to listen to the client’s concerns.”

Ravenell was “more than a lawyer to clients, she was a genuine friend,” says Giscombe. “When she became ill, I went to court on her cases. Lawyers and judges would ask me about her and would recall how genuinely kind and helpful she was.”

Ravenell married Adebo Gbadebo in the late 1980s. Their daughter, Adebunmi, was born in 1992, and the couple divorced the following year. Despite the challenges of single parenthood and being a busy practicing attorney, Ravenell always made time for her daughter. “She was very much involved,” says Gbadebo, the artist. “She was actually like the mother of all my friends—the one who would pick us up from school. She kept an open-door policy at our house. She did a really good job of balancing work and motherhood.”

Teaching was yet another passion. Ravenell served as a part-time instructor in several New Jersey institutions, including Newark’s Central High School and Pillar College, where she taught European history. “I think it allowed her to connect with people,” says Gbadebo. “Twenty or 30 years later, she would bump into students who still remembered her.” Being an active church member was also extremely important to her, at Metropolitan Baptist Church in Newark and, later, at Bethel A.M.E. in Freeport, New York.

Still, the center of her life was always her daughter—and her daughter’s creative gifts. “She would leave work to pick me up and take me to art classes,” says Gbadebo, “and then go back to work.” Another early art-making experience was a class project in which Ravenell and Gbadebo created a colorful map of Africa out of rice, oatmeal, paper cups, and other found materials. Their collaboration won a school competition and earned Gbadebo an appearance in a local newspaper along with much older students.

But it was the strategy of using found materials, rather than the publicity, that made a long-lasting impact on the young artist. Although she excelled in traditional mediums, Gbadebo would choose a different direction as an adult. She began creating two- and three-dimensional works composed of human hair, specifically Black hair.

The results were innovative and beautiful, but at first they received a lukewarm reception from Ravenell. “She kept asking, ‘Why aren’t you painting?’” says Gbadebo. “Once I got signed by my gallery, though, she realized this was it.” From then on, Ravenell was as supportive as ever about her daughter’s choices.

“Looking at my career now,” says Gbadebo, “and the fact that I use found materials—it’s very much steeped in African consciousness. I really feel that my mom was planting in me the consciousness that I would have in my practice.”

There were many other life passages that reinforced their bond, including a 2017 talk at the Newark Museum of Art on the subject of mother-daughter dynamics in art. Ravenell appeared onstage alongside Gbadebo, describing how important it was to her to support her daughter’s artistic growth. Gbadebo, in turn, spoke movingly about how her mother had influenced her work professionally and personally.

In 2018, they faced an extreme medical challenge: Ravenell needed a new kidney. For some families, this might have presented hard decisions—but Gbadebo readily gave what her mother needed. “With all the love that my mom poured into me, it wasn’t even a second thought,” she says. “It was a no-brainer. Because that’s what kind of mom she was to me.”

“Brenda had a strong will to live,” says Giscombe, “and she prevailed through all the surgeries and medical problems until this COVID-19 hit. This saddens and angers me because she had more life to give. She’s resting in peace and power.”

“She was a very caring, compassionate person,” says Cooper. “Whether it be legal, financial, spiritual, she would always be there for you. She was the kind of person who would drop whatever she was doing…to make your life better. She cared about the world.”