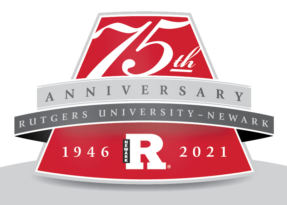 Rutgers–Newark’s evolution began in the early 1900s. From the seeds of a collection of small institutions all committed to making a college education attainable for local residents, an early iteration of the University of Newark sprouted. On April 30, 1946, New Jersey passed legislation to incorporate that university into Rutgers. The legislation took effect on July 1, 1946—and the rest, as they say, is history.

Today, Rutgers–Newark is a world-class research and teaching institution that is home to some 12,000 undergraduate and graduate students and more than 600 faculty members. It stands as a bold testament to the enduring power of public universities and purpose-driven scholarship.

We invite you to join us for ongoing anniversary celebrations, including an Author Talks series and other dynamic events.

The origins of Rutgers–Newark date back to 1908, when the New Jersey Law School first opened its doors. That school, along with four other educational institutions in Newark—Dana College, the Newark Institute of Arts and Sciences, the Seth Boyden School of Business, and the Mercer Beasley School of Law—formed a series of alliances over the years. A final merger in 1936 established the University of Newark. A decade later, the New Jersey State Legislature voted to make the University of Newark part of Rutgers University.

Take a trip down memory lane to learn more about how Rutgers–Newark came to be and the many ways it has distinguished itself on the national and international stage. For more on Rutgers–Newark’s history, check out this timeline.

Excellence in Education, Research, and Opportunity

As an urban, public research university with a deep commitment to Newark, Rutgers–Newark has attracted generations of students hungry for the opportunities afforded by first-rate higher education in a major U.S. urban center. Guiding these students are faculty who vigorously embrace scholarship that makes a difference in the community and staff committed to advancing an inclusive culture that expands access and affordability for our increasingly diverse student body.

Indeed, diversity is a hallmark of Rutgers–Newark and a distinctive strength. Since 1997, Rutgers–Newark has been rated among the most diverse among American colleges and universities by U.S. News & World Report. Since 1935, it has served as a hub of educational opportunities for first-generation college students from varied racial, ethnic, and religious backgrounds whose home language often isn’t English. Whether in 1955, 1985, 2005, or 2021, Rutgers–Newark has remained dedicated to excellence in education and educational opportunity.

Since 2014, Rutgers–Newark has thrived under the leadership of Chancellor Nancy Cantor. During her tenure, Cantor has launched a strategic plan, “Rutgers University–Newark: Where Opportunity Meets Excellence” The plan leverages Rutgers–Newark’s many strengths, particularly its diversity and inclusivity, its tradition of high-impact research, and its role as an anchor institution in its home city.

In keeping with Rutgers–Newark’s commitment to strengthening Newark and fostering changemakers, the plan makes strategic investments in five broad areas: educational pathways from pre-K through college; equitable growth through urban entrepreneurship and economic development; cultivating creative expression through the arts and culture; strong, healthy, and safe neighborhoods; and science in the urban environment.

The plan invigorates the abiding “commitment to pushing forward ambitiously and assertively to be that diverse urban research institution that leaves no stone unturned in its impact—on scholarship, social mobility, urban civic life.”

Rutgers–Newark has proudly made this impact for 75 years and will continue doing so for decades to come.

Learn about upcoming events for Rutgers–Newark alumni and register for those that speak to your interests. Note: all events listed are live unless specified otherwise.

February 15, 2022, 5:30 p.m.
Author Talks Featuring Bill McCarthy (virtual)
Join us for a conversation about race and policing in Chicago featuring Bill McCarthy, dean of Rutgers–Newark’s School of Criminal Justice. McCarthy will talk about his forthcoming Oxford University Press book Chicago’s Reckoning: Racism, Politics, and the Deep History of Policing in an American City (with John Hagan and Daniel Herda).

April 6, 2022, 3:00 p.m.
Seventh Annual Sen. Ronald Rice Lecture Series on Criminal Justice and Public Policy: “Justice at the Crossroads: The Quest for Humane Policing in the 21st Century” (virtual)
Beyond criminal convictions, how can law enforcement agents beheld to minimum standards of human decency when carrying out their duties? Join this discussion with Rutgers alumna and police-community relations expert Delores Jones-Brown SCJ’85, NLAW’86, GSN’96, founder of the John Jay College Center on Race, Crime, and Justice. Joel Caplan SCJ’04 will moderate the discussion.

April 20, 2022, 5:30 p.m.
Anchors Among Us: RU–N Alumni in and of Newark (virtual)
This roundtable discussion will feature alumni anchors who have worked in and around the city of Newark, extending the tradition of community engagement and development that makes our cities and towns richer and stronger.

April 27, 2022, 7:00 p.m.
Intergenerational Wealth in Black, Brown and Other Communities of Color (virtual)
The most recent studies and national data on intergenerational wealth within the African American, Black, brown, and additional communities of color describe a dismal picture. The disparities within New Jersey are equally or more glaring. For example, the New Jersey Institute for Social Justice (NJISJ) reported that in New Jersey, the median net worth of Black, Latino, and other individuals is $179 versus $106,210 for White, Non-Hispanic individuals. The mean net worth for individuals of color is $8,080 versus $450,063 for White, Non-Hispanic individuals.

Find out how Rutgers–Newark alumni, faculty, students, and publications are advancing knowledge and giving a voice to issues that impact the Newark community and the world.

Rutgers-Newark Students Redefine Philanthropy
Lindsey McDougle is empowering student philanthropists and uplifting Newark nonprofits. Rather than confining the “philanthropist” label to only the wealthiest few, McDougle strives to empower students to identify as change agents—no matter the size of their bank accounts. “The idea is to inspire them to recognize that they are philanthropists and they have the power to change any condition that they see in their community,” McDougle says.

Words and Music
When Evan Toth sings “Silence must be broken,” there’s an urgency behind the words. Toth GSN’12 is a singer-songwriter and an English instructor at Felician University and The Community High School in Teaneck, New Jersey (where he’s also assistant principal). Words are at the very core of what he does.

Sharing a Passion for Education with the World
James Joyner NCAS’21 teaches language arts at Hillside Innovation Academy, a magnet middle-school. He plans to gain teaching experience before becoming a curriculum specialist and supervisor, then return to school to obtain a doctorate in education, culture, and society and become a professor. “Teaching is my passion. I just love helping others and watching them get that ‘a-ha’ moment,” Joyner says.

A Two-Way Street
Amanda Ebokosia NCAS’08’s time at Rutgers–Newark transformed her life trajectory. Her university involvement as an alumna continues to inform her work, life, and purpose while shaping the alumni experience at Rutgers.

A First Novel at Age 90
As one of the country’s premier sports writers over the last 60 years, mostly for the Star-Ledger, Jerry Izenberg NCAS’52 has had a front-row seat to history. Now, at 90, he’s published his first novel, After the Fire: Love and Hate in the Ashes of 1967, a love story between a Black girl and an Italian boy set in the aftermath of the Newark Rebellion.

Helping Newark’s Young Men of Color Gain a Second Chance
In June, Mark Comesañas NCAS’04 was named executive director of My Brother’s Keeper Newark, a move that will take him out of a strict educator role and into mentoring, direct-service, and policy advocacy. But his take on the latter is informed by his years as an educator, meaning that his goal will be not to advocate for youth but to advocate with them, empowering them to advocate for themselves.

Helping Young Talent Shine
After achieving success at Goldman Sachs, Chioma Igwebuike RBS’17 is in the business of paying it forward by mentoring students and helping them build successful careers.

At the Intersection of Poetry and Politics
Acclaimed writer Antonio de Jesús Lopez GSN’18 waxes poetic on the intersectionality of activism and art—and makes a case for going home again. Throughout academic pursuits—which began on what he calls “the proverbial other side of the tracks” and led him cross-country and “across the pond”—Lopez has remained deeply connected to his roots. And as the newest and youngest councilmember for the City of East Palo Alto, where he concentrates on fighting gentrification, Lopez balances burgeoning careers as both a politician and a poet.

A Unifying Force
Since the day Dana Bochna SASN’08, SPAA’12 set foot on the Rutgers University–Newark campus in 2004, she fell in love with the school and its community—so much so that she never left. Not only has she earned two degrees here, but she has also worked for Rutgers Business School–Newark and New Brunswick and today, she uses her strong ties to the university to support students and alumni interested in careers at her current workplace of Prudential Financial, also in Newark.

Five Entrepreneur Tips from a Pioneering Alumna
Since its launch in 2018, Bibi Beverages has been selling wellness shots across nine states, including New Jersey. In 2022, Bibi is slated to expand its distribution to 26 states. “It’s been a lot of blood, sweat, and tears to get to this point,” founder and CEO Jen Du says. “But I knew this day would come.”