Portraits of former chief justices line the walls of the courtroom where the North Carolina Supreme Court meets. None of those illustrious predecessors looks quite like Cheri Beasley. In March, Beasley DC’88 became the first African-American woman to head North Carolina’s top court, which is celebrating its bicentennial year, and only the fourth to serve as chief justice of any state supreme court. 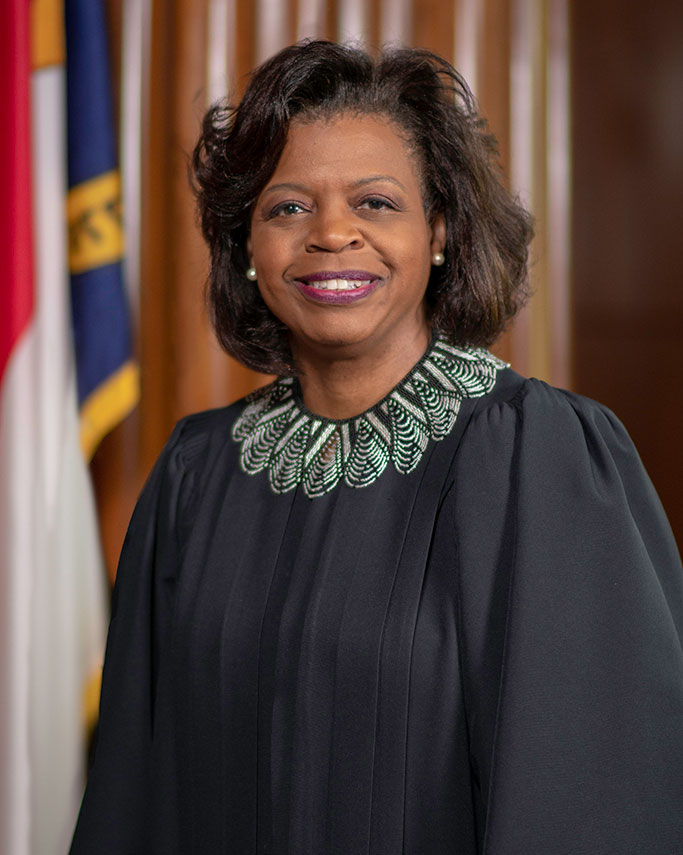 “I think about the little girls along the way who ought to have a sense of promise and hope for their futures,” she says. “This is certainly not the North Carolina of 200 years ago.”

Beasley grew up in Tennessee, where her mother worked as an academic administrator. As a Douglass undergraduate, Beasley came to value the opportunity “to see women supporting one another and to see the college supporting and encouraging young women leaders.”

Beasley’s post-college job at a Tennessee agency investigating claims of discrimination in housing, employment, and public accommodations set her on the path to law school. “Seeing lawyers in action and really making a commitment to help people who were in need, I thought this would be the career for me,” Beasley says.

After graduating from the University of Tennessee College of Law, Beasley spent five years as a North Carolina public defender. “That experience helped me to be a better person and a better judge and a better member of the community,” she says. Working with defendants and their families made her realize that “we may have had different experiences and educational backgrounds, but we all have the same kinds of hopes and dreams and desires for ourselves and for our families and for our communities.”

In 1999, North Carolina’s governor appointed Beasley to a judicial vacancy on the state court. In subsequent years, through a combination of gubernatorial appointment and electoral success, she rose to the appeals court and then, in 2012, to the state supreme court. Her appointment as chief justice, replacing her predecessor, who became a law school dean, continues until next year, when she plans to run for election to a full eight-year term.

As chief justice, a job that involves not only deciding cases but also overseeing the state judicial system’s 6,000 employees, Beasley has introduced paid parental leave and begun modernizing outdated technology. “I have excitedly accepted the charge to really make sure that people have access to justice and access to our courts,” she says.

Her induction into the Hall of Distinguished Alumni is “a real honor,” says Beasley, acknowledging that public service, even high-profile work like hers, isn’t on everyone’s radar. So, when people do see value in that service, “it’s an awesome thing.”