Although today’s “swipe left” culture might have you thinking otherwise, there was once a time when couples hit it off face to face. In fact, according to a 2013 Facebook study, almost one-third of married college graduates met their spouse on campus. This Valentine’s Day, we celebrate the couples whose love ignited at Rutgers and still burns scarlet. Here are just a few.

In November 1994, about a week before her 20th birthday, Adrienne was exercising in the weight room and noticed Rugsithi Meelarp, a tennis player, working out nearby. Adrienne RC’98 was on the Rutgers University–New Brunswick soccer team. “I’m sure I said something cheesy to him, but we started talking,” Adrienne says. “A week later, he showed up at my dorm with a birthday card for me.” 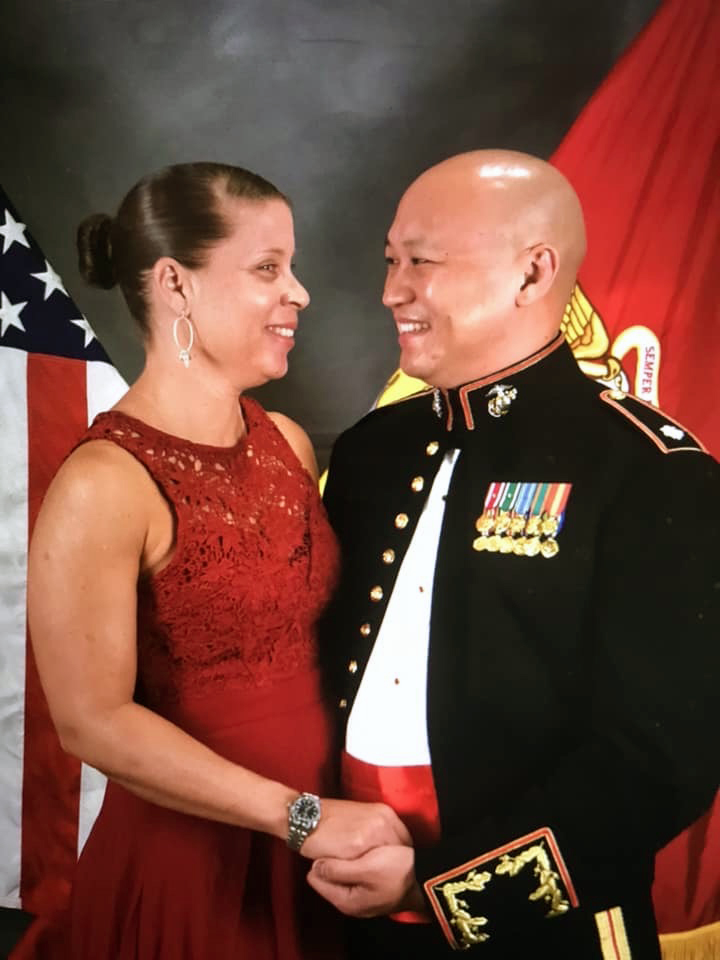 Over the next four years, the couple hit up all their favorite campus haunts: the grease trucks (where he’d get a gyro and she’d get a Fat Cat), basketball games at the RAC, billiards at the Busch Student Center and, of course, the sports complex on Busch campus where Adrienne played her soccer games. “I knew he was a keeper because my mother wasn’t much of a driver, and he’d drive her to all my games,” Adrienne says.

Adrienne and Rugsithi RC’98 got engaged in the summer of 1998, after they both graduated. At that point, Rugsithi had already joined the Marine Corps and was at Quantico as an officer. Adrienne came to visit on Jane Wayne Day, a Marine tradition that puts military spouses through training drills to experience what it’s like to be in the corps. Instantly, Adrienne knew she wanted to join the Marines, too, and the next summer, she became an officer.

Over the course of their 22 years in the Marines, the couple has lived in Virginia, North Carolina, South Carolina, California, and Okinawa, Japan. Today, they’re retired from active service and live in Fontana, California, with their three young children. Rugsithi continues to serve the Marine Corps as a Junior ROTC officer at Fontana High School, where he instills leadership skills and good citizenship qualities in local teenagers.

How Mark got to know Anne

Anne came to Rutgers University–Newark in the fall of 1976 and soon joined the staff of WRNU, the campus radio station. She spent most of her free time there and, after a couple of years, was eventually elected WRNU’s vice president and business manager. One day in 1980, Anne NCAS’81 was hanging out in the station’s office with several other students when two young men stopped by to learn how to join. “When the door closed, a friend of mine turned to me and said, ‘You like the one with the long red hair,’” she says. “I laughed and agreed. Apparently, Mark told his friend he was interested in me as well.” (“Interested is putting it politely,” recalls Mark NCAS’85. “What I said was, ‘Woah! Did you see that girl sitting on the filing cabinet?’”) 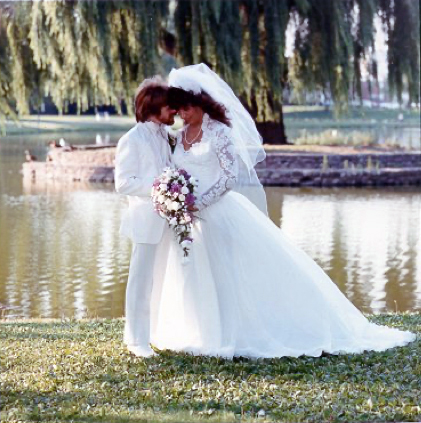 They spent a little over a year as friends, and in the spring of 1981, they went on their first date to a midnight showing of The Rocky Horror Picture Show. “We’ve been together ever since,” Anne says.

Anne and Mark Papianni married in 1985, had three children, and never lost their connection to Rutgers. Anne worked in the Rutgers Television and Radio Media Center for 12 years before landing her current job at the EOF program in the School of Nursing. Mark worked for Rutgers’ School of Nursing from 1986 through 1997 and, in 2009, returned to work at Dana Library at Rutgers–Newark, where he’s been ever since. Their son graduated from Rutgers–Newark in 2017, and their twin daughters just started as freshmen on the same campus. “The school is a family tradition,” Anne says.

When Ken and Julia took a walk

Although Julia and Ken Phifer first met at a church service near their homes in South Jersey, their romance blossomed while they were students at Rutgers. Ken RC’56 recalls doing a lot of walking in those days because he didn’t have a car and Julia DC’56 was on an entirely different campus. “It was the epitome of dating a Douglass girl,” he says. “We often went on dates at the local movie theater, so I’d walk across town from the Rutgers College campus and pick her up at her house, then we’d walk back to the center of town to the theater, and then back to her house when it was over. I guess in those days we got our 10,000 steps per day in!”

Ken proposed to Julia in a park halfway between the two campuses—in homage to his regular treks—and the pair were married in 1956 (63 years and counting!). While their roots are in New Jersey, they’ve lived in many places. Their first home was a graduate student apartment in Baltimore, followed by stints in South Carolina and Maryland, where Ken worked for the National Institutes of Health, monitoring international field stations and doing research on tropical diseases. Along the way, Ken and Julia raised two children, and now have five grandkids and two great-grandchildren.

Today, in retirement, their pace has slowed down. “Activities include keeping up with church and our family,” Ken says. “And Julia returns to campus quite often for Douglass reunions.” Over the years, they’ve stayed in touch with many of their classmates and remain interested in the goings on at the university.