If These Walls Could Talk

By the time that Mills + Schnoering Architects, where alumna Meredith Arms Bzdak is a partner, began work on what is now the Alumni Center at Rutgers University–Newark, much of the interior had been gutted during a previous owner’s aborted effort to redevelop the 19th-century building on Washington Street. It wasn’t an ideal situation for an architectural historian like Bzdak GSNB’87,’95, who draws on archival research and physical evidence to uncover the history of the buildings restored by the firm, which is based in Princeton, New Jersey. 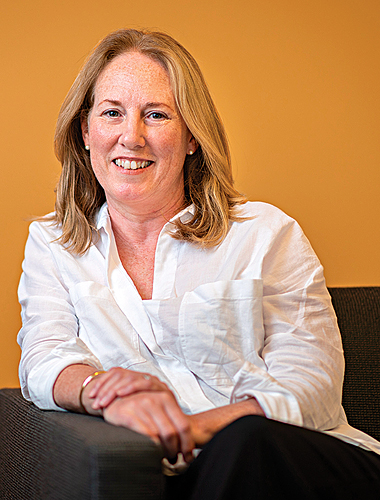 “What did it look like originally, when were changes made, why were changes made?” are the questions that Bzdak tries to answer in researching a building. “You’re putting the actual physical evidence together with the historical record,” she says.

Although the restoration of the alumni center didn’t include a full historical investigation, Bzdak did uncover basic details. The building, completed in 1888, was designed by well-known Newark architect William Halsey Wood and served as the home and office for Joseph Fewsmith, a prominent surgeon.

Although this property’s closet contained no skeletons, that hasn’t always been true. Bzdak once learned that a building’s original architect had been a suspect in the 1932 Lindbergh baby kidnapping. “The owners of the building weren’t too happy,” she says.

Bzdak, who lives with her husband, Michael Bzdak GSNB’86,’01, in a 1924 Craftsman-style house in Hunterdon County, New Jersey, always wanted to study architecture. Unlike museum artifacts, buildings are “live, changeable things, she says. “Buildings are important touchstones and repositories of people’s personal history. People feel connected to them.”