Six weeks after being named interim director of the Smithsonian National Museum of African American History and Culture (NMAAHC), alumnus Spencer Crew sat in a conference room with a panoramic view of the Washington Monument and chose his words carefully. He had been asked to describe the challenges of his job. 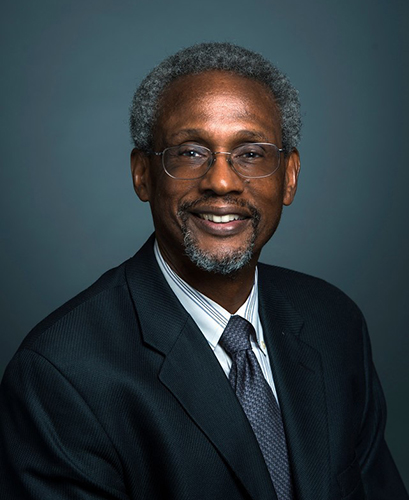 “The biggest challenge we have sometimes is to get people to understand there is not a singular history,” he said. “It is changing and evolving. We keep learning as we go forward.”

Crew – who served as director of the Smithsonian National Museum of American History and also the National Underground Railroad Freedom Center in Cincinnati – was recommended for the job by his longtime friend and colleague Lonnie G. Bunch III, who was named secretary of the Smithsonian Institution in May, the first African American to hold the title. Bunch, the NMAAHC’s founding director, told the Washington Post that the 3-year-old museum, one of the most popular in the nation’s capital, would be “in good hands” with Crew.

Crew’s priority is ensuring the museum’s smooth transition from start-up mode to “one that’s more in a steady state” while maintaining the high-quality of the exhibits, which display more than 3,000 artifacts covering everything from slavery to Barack Obama’s presidency to contemporary African-American media arts. Bunch, who began overseeing the conception of the museum in 2005, “had a vision, and he brought that vision to fruition,” said Crew. “Our task is to make sure this museum is as impressive as the one in his mind’s eye.”

Born in Poughkeepsie, New York, and raised in a suburb of Cleveland, Crew attended Brown University from 1967 to 1971, then went on to Rutgers University-New Brunswick, where he earned his master’s and Ph.D. in history during the 1970s, with a dissertation on black migration from the South to New Jersey. Among the professors who stoked his passion for history were Seth Scheiner, author of Negro Mecca, and Richard Kohn, a military historian.

“He got me to think about military history in ways I never thought I’d be interested in,” Crew explained. “But more important was his rigor and crispness and warmth as a historian and a scholar. I thought, ‘Wow, this field could be wonderful.’”

Two years after graduating from Rutgers, Crew, then an assistant professor at the University of Maryland, heard that the Smithsonian National Museum of American History’s new director, Roger Kennedy, was looking for young historians to reinvigorate the museum. Crew applied for a job “and ended up staying at the Smithsonian for 20 years,” he said, laughing.

One exhibit he helped curate opened his eyes to the potential of public history. Based on a recently published book, it shared the personal experiences of black soldiers after serving in the Civil War. The exhibit was small, but museum-goers were captivated, adding that the museum that year had four million visitors. “I couldn’t have that many students if I taught forever,” Crew said.

In 1987, Crew piggybacked on his Rutgers dissertation by curating “Field to Factory: Afro-American Migration 1915­–1940,” a comprehensive exhibit again featuring personal stories, including those of his family, who were farmers in South Carolina. “The fun thing was the chance to actually interview my family as a historian, as opposed to a nephew or younger cousin,” he said.

The exhibit was intended for an audience otherwise reluctant to visit the National Museum of American History – Washington, D.C.’s African-American residents. “We did a number of things different for a museum at that time,” Crew recalled. The museum hired a living-history presenter, an actress who played a rural grandmother; recruited retired teachers as docents; and sent a museum representative into the community to promote the exhibit.

“Field to Factory” not only increased local traffic; it stayed up for 20 years, said Crew, who was tapped by Bunch to create a new exhibit based on parts of “Field to Factory” for the opening of the African American history museum. Titled “Defending Freedom, Defining Freedom,” it covers Reconstruction through the civil rights movement. Among its many arresting artifacts is Emmett Till’s casket.

Till was a 14-year-old African American who was tortured and killed in Mississippi in 1955 after he allegedly whistled at a white woman. At his funeral, his mother insisted on an open casket, to reveal his mutilated remains. Decades later, when a court case demanded his body be exhumed for DNA testing, he was reinterred in another casket. The original, now on display as part of Crew’s exhibit, is set in a churchlike space at African American history museum.

“The story is critical,” Crew said, “because a lot of people who were involved in the civil rights movement say Emmett Till’s death sparked them.”

Personal stories, Crew believes, are the heart and soul of public history. He first formed that opinion at his alma mater. “We say here at the museum that ‘history is complex and complicated,’ and helping people understand that is part of my exposure at Rutgers, where different professors had different points of view,” he explained. “They encouraged students to examine those views closely and challenge them – not to accept things at face value. That’s what a good graduate program and a good museum should do.”