From his vantage point during Rutgers University–New Brunswick’s Alumni Weekend, Jim Savage saw a dramatic multi-year effort come to fruition. Savage RC’71 watched as scores of visitors, many for the first time, took in the beauty and meaning of the recently unveiled Paul Robeson Plaza.

Rutgers is in the midst of celebrating 2019 as the centennial year of Paul Robeson’s graduation. Three years ago, the Class of 1971 Campaign Committee began raising funds for a coinciding gift—knowing it would materialize well before their 50th anniversary when classes typically make high-profile donations.

“We had a sense of urgency,” says Savage, who led the committee’s drive to create the plaza. “It’s time to restore the legacy of this great Rutgers alumnus. Robey was not only an amazing athlete and performer; he was an activist in the truest sense of the word—a proud American and a citizen of the world.” 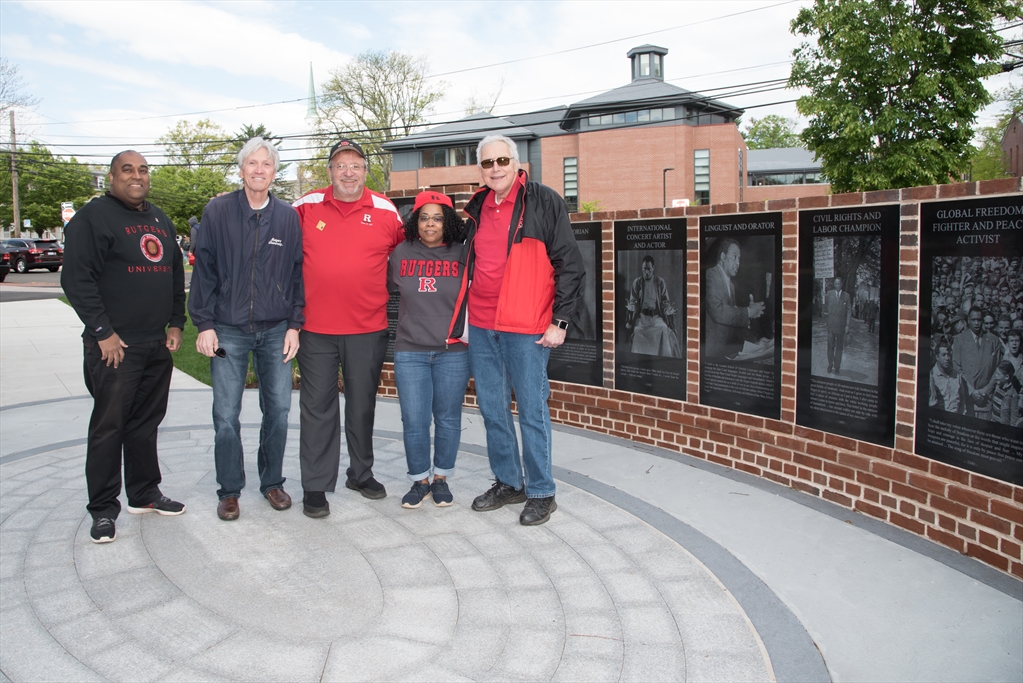 Featuring eight granite panels detailing the story of Robeson’s life, the open-air architectural gem enriches the College Avenue Campus, thanks to leadership from the Class of 1971, intensive crowdfunding by the Rutgers African-American Alumni Alliance (RAAA), Inc., and the work of many other impassioned community members. Susan Robeson, granddaughter of the famous graduate, played a prominent role in the plaza’s official April 12 dedication. And during the ribbon-cutting, Savage stood proudly at her side.

Every gift you make during your reunion year counts toward your class goals.