Poet Carl Sandburg wrote, “The fog comes / on little cat feet.” In her nearly 40 years of studying ecosystems, Kathleen Weathers has learned that fog’s delicate little footsteps can enrich or poison the environment, depending on what the cat feet carry.

Since the 1980s, Weathers has led many multidisciplinary teams that examined the role of coastal fog in maintaining systems, such as the redwood forests in California. In areas where pollution is present, the fog concentrates the toxic chemicals in the atmosphere. But in southern Africa’s Namib Desert, the fog that rolls in off the ocean is the region’s only source of water. Making sense of these complex webs in our ecological systems fuels Weathers’s curiosity.

When Weathers GSNB’93 was earning her doctorate at Rutgers, she took a research trip in the late 1980s to Torres del Paine National Park in Chile to set up a fog collector. The device was a plexiglass box with an Audi car fan that pulled in and trapped water droplets across a harp-like arrangement of Teflon strands. Weathers wanted to know whether the fog in Chile was as clean as the rain or loaded with pollutants that could harm the environment. It was an otherwise straightforward experiment that was carried out during the reign of Augusto Pinochet, Chile’s notorious dictator.

“It was a logistically dicey trip, we encountered soldiers with Uzis along the way,” Weathers says. “They were at the checkpoints we had to go through and in the public squares in the cities. Also, our equipment was held in customs for quite a long time, which delayed our travel from Punta Arenas to Torres del Paine.”

Undeterred by the armed patrols, she got her answer about the fog there: it contained surprisingly high, but ecologically benign, quantities of nitrogen, whose source was probably the ocean. 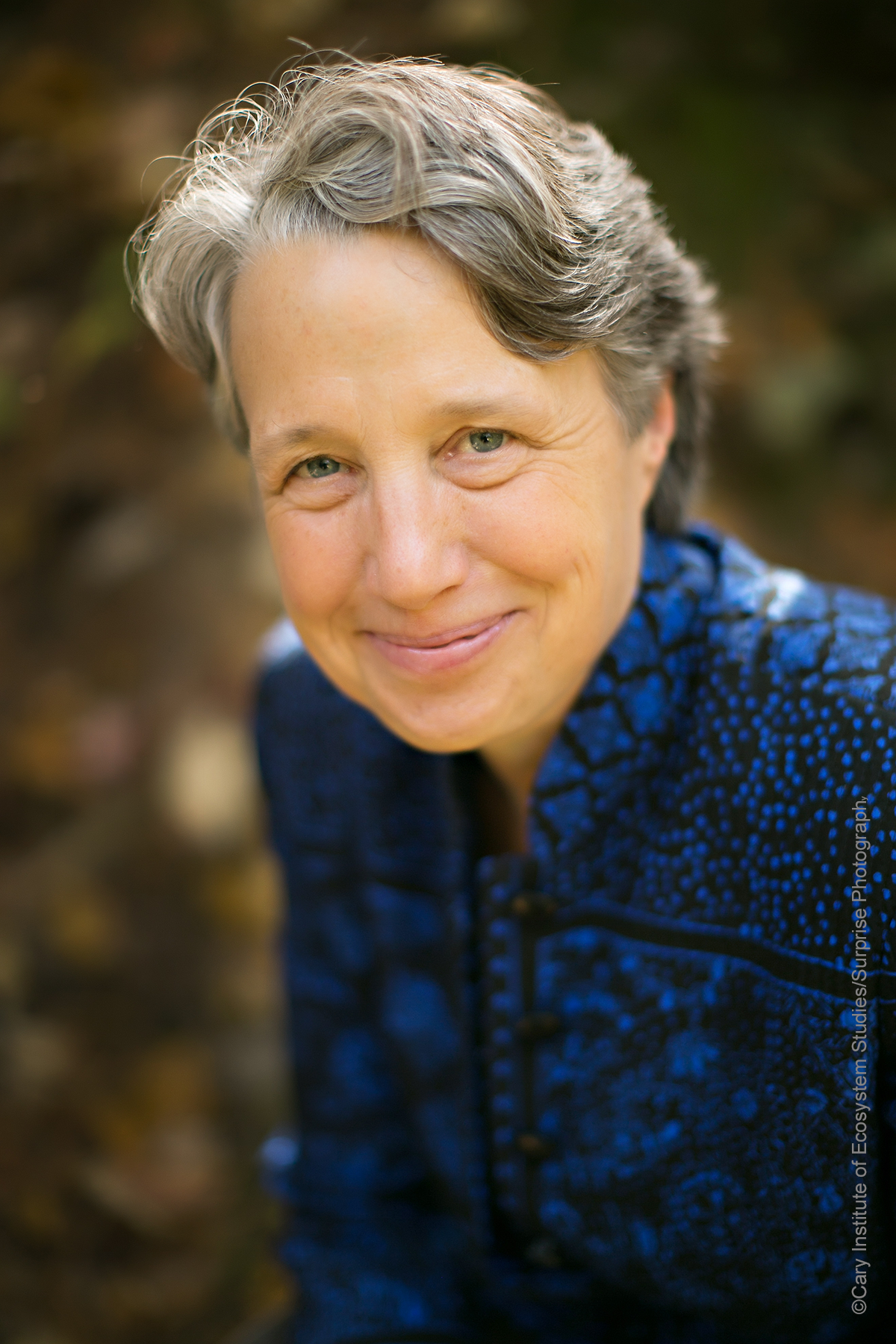 Weathers is fascinated by the subtle but profound role that fog and lakes play in the world’s interconnected ecosystems. She grew up on the Michigan side of Lake Michigan and regularly stayed at her grandmother’s house on Lake Sunapee in New Hampshire. Spending time in the White Mountains, she became intensely interested in botany and extreme environments.

In 1984, she began working at the Institute of Ecosystem Studies (now the Cary Institute) in Millbrook, New York, studying the composition of fog water and its role in adding chemicals such as mineral acids to the ecosystem. In her role as a senior scientist, Weathers tracks the movement of airborne and land-based chemicals into our freshwater supply, the spread of harmful algae blooms and toxic bacteria, and the threats they pose to lake-based drinking water. And she’s seen enough to worry that a scarcity of reliably clean fresh water in lakes is a looming crisis.

Gene Likens, the institute’s founding director, was on the faculty at Rutgers when Weathers entered the doctoral program in ecology and evolution and became her adviser.

“Rutgers has a huge strength in community ecology and population ecology,” Weathers says. “I wanted to fill out my ecological upbringing and knowledge. Rutgers was a great place to do that and it also had this affiliation with the Cary Institute.”

Peter J. Morin, a professor in Rutgers’ Department of Ecology, Evolution, and Natural Resources, took Weathers and classmates on field trips to places like the New Jersey Pine Barrens, a 1.1-million-acre undeveloped ecosystem, that nurtured her thirst for discovery.

“He was inspiring and rigorous in teaching us how to ask and answer ecological questions using elegant and robust experiments,” she says.

At the Cary Institute, Weathers works with international colleagues—a skill honed at Rutgers, where she collaborated with scientists from around the world for the first time. The experience equipped Weathers with a global perspective, rather than just an American academic viewpoint, and the ability to examine ecological issues through a foreign cultural lens.

“Being able to ask questions and answer them about the way the world works is hugely rewarding. But most rewarding is working with early-career colleagues and mentoring young people to solve problems collaboratively. Science doesn’t do itself,” she says. “People do science.”