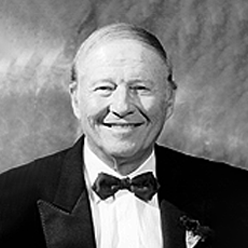 Felix M. Beck was a vigorous testifier in Washington, D.C., and made New Jersey a friendlier place for both borrowers and lenders. In 1972, New Jersey Governor William Cahill appointed Beck chair of the Mortgage Study Commission, which later became known as the Beck Commission. The commission introduced the adjustable rate mortgage in order to make mortgages more available and more affordable. As president of the Mortgage Bankers of America in 1983 and 1984, he influenced banking policy nationwide by lobbying on usury laws and fighting to open Freddie Mac (Federal Home Loan Mortgage Corporation) to all lenders. He served as chair and CEO of Margaretten Financial Corporation and Margaretten & Company, Inc. He also directed the Federal National Mortgage Association (Fannie Mae). He has been a Rutgers trustee emeritus since 1996, after serving 17 years on the Board of Governors and Board of Trustees. He is also an emeritus member of the Rutgers Business School–Newark and New Brunswick Board of Advisers.