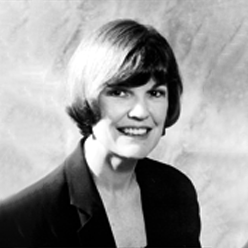 Margaret C. Ayers is president and CEO of the Robert Sterling Clark Foundation. The foundation supports projects that advance women’s reproductive rights and health nationally, monitor government performance in providing services to New York’s most impoverished and vulnerable residents, and promote and nurture the arts in New York. She has spoken out against limits to individual freedoms posed by the ascent of conservative institutions and organizations representing the Religious Right. In 1990, responding to hostile attacks on some of her grantees, she led the Clark Foundation to fund the first indepth examination of conservative groups that were attacking organizations working in the fields of family planning, affirmative action, and free speech. This research was largely responsible for the U.S. Justice Department’s decision to order protection by federal marshals at abortion clinics. Ayers is a member of the New York Foundation for the Arts Board of Directors. She also helped create the New York Arts Recovery Fund for artists injured by the terrorist attacks of September 11, 2001.