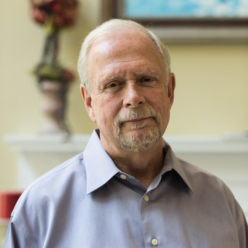 A respected biotech industry entrepreneur and scientist, Stewart has been responsible for major advances in biochemical profiling and played a key role in the creation of a new scientific field called metabolomics. Starting his career at the pharmaceutical company Novartis, he co-founded several biotechnology companies, including Immunovation and Paradigm Genetics (now Cogenics Incoria). In recognition of Rutgers’ transformative role in his life, Stewart has given back to the university through both volunteerism and financial generosity toward scholarships and endowments. He is passionate about empowering students to fulfill their academic and career goals, as well as engaging with young entrepreneurs to help them build companies that have the potential to change lives.

“Highlighting the achievements of our alumni is a vital part of advancing Rutgers’ positive presence in the world,” said Rutgers University president Jonathan Holloway. “Whether their work has focused on business, law, medicine, or academia, these new members of the Hall of Distinguished Alumni exemplify the brand of leadership Rutgers strives to instill.”

Members of the Rutgers community and their friends and families are welcome to attend the induction ceremony on October 21, which will be hosted by the Rutgers University Alumni Association at Rutgers University–New Brunswick. The evening’s festivities will include dinner, inspiring stories, and scarlet pride.

“There is no better demonstration of Rutgers’ positive impact than what these five honorees have accomplished,” said Josh Harraman, vice president for alumni engagement, annual giving, and advancement communications. “They have achieved far more than personal success, because their work has always addressed human needs and their priority has always been the greater good.”